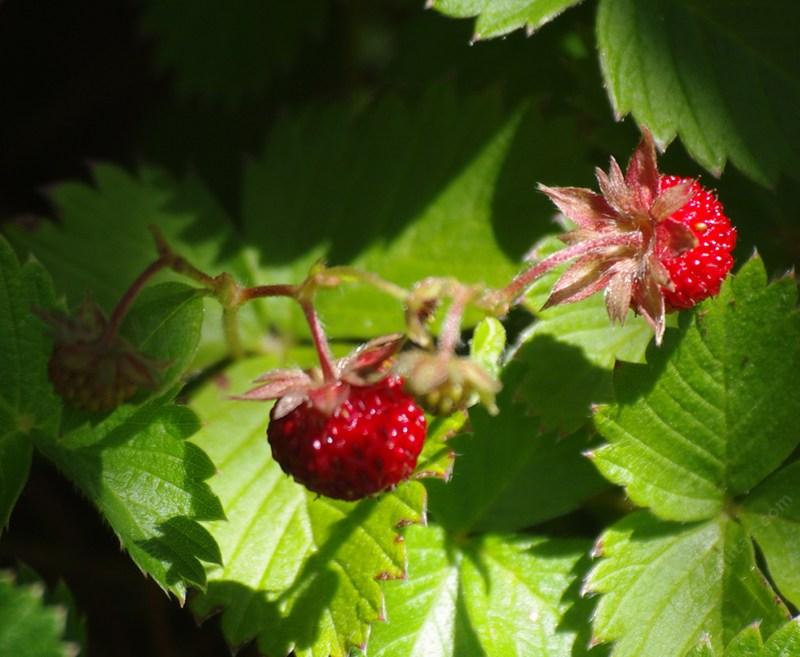 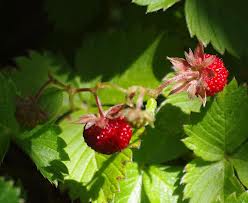 Here I am in what is known as Strawberry Valley in the San Jacinto Mountains, and the only strawberries I can find are boxed in plastic at the Mountain Harvest Market.  Forest food flora abound here. But most people don’t know about these plants, or even what to do with them if they did.

The Western Cahuilla long ago came up to our valley, it is supposed, to hunt and to gather food in the warm seasons.

Pictographs are found here, but the strawberries that once grew along its creeks are long gone. Or I think they are; I’ve never seen any. They were likely gobbled by the first of the white settlers up here who felled the mountain forest (a phrase of historian John W. Robinson) for timber from about 1875 until the turn of the Twentieth Century. Gobbled up or more likely disappeared as its habitat was destroyed or at least altered during the time this valley was a giant sawmill.

(But forty-eight hours after I posted this piece, Bruce Edward Watts, an Idyllwild resident of 34 years, corrected me: He has seen the wild strawberry. Blooming last year, in June, in Idyllwild, along Strawberry Creek. Right by the big bridge, in town. “They were growing up and down the creek, on both sides,” he says.)

For seven years now I’ve been dipping into a book called Temalpakh, Cahuilla Indian knowledge and usage of plants (Malki Museum Press, 1972) by Lowell John Bean and Dr. Katherine Siva Saubel, an anthropologist and authority on the traditions and culture of her people, and who has just recently died. Temalpakh is translated from the language of the Cahuilla as “from the earth.” Here’s the entry for Fragaria:

The fruit of the wild strawberry has always been and still is a choice delicacy among the Cahuilla. Common to the southern California mountains in shaded, damp areas, the plant bears fruit that is available for gathering from April to June. The plant has been pointed out to the authors in the Anza area and near Warner’s Ranch. The fruit was always eaten fresh.

Warner’s Ranch is in Warner’s Springs, close to here. The book was first published 31 years ago. I wonder if wild strawberries are still found among its creeks and streams.

The Heart is Fire: The World of the Cahuilla Indians of southern California by Deborah Dozier (Heyday Books, 1998) is a recording of an oral history, of sorts. A number of Cahuilla speak about their culture and beliefs. It is a very moving book.

This is the sixth in the series, Mountain Stories