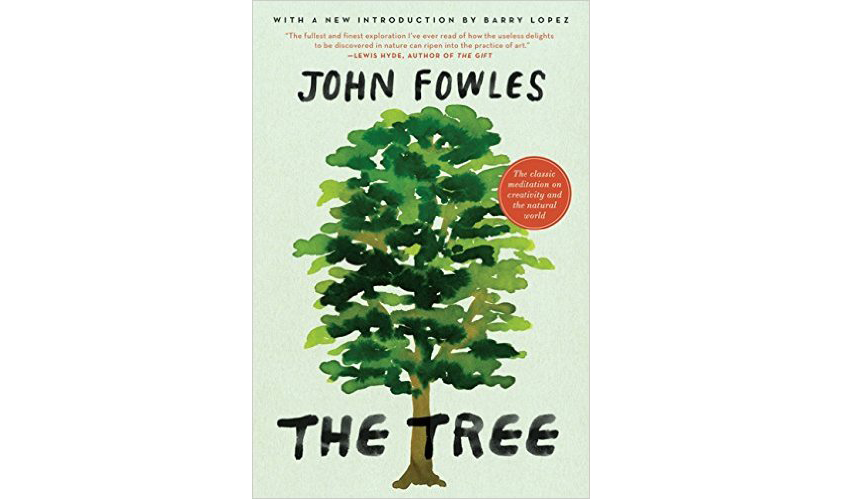 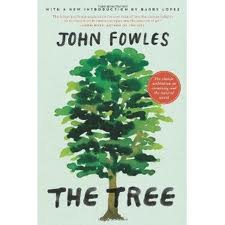 John Fowles, the great English novelist, published, in 1979, a complicated essay called “The Tree.” It was reissued in 2010, in this country anyway, with an introduction by Barry Lopez. I will refer to it as The Tree, as it is a pretty little book.

If you don’t recall the novels of John Fowles, you will surely recall the movie made from one of them—“The French Lieutenant’s Woman.” Meryl Streep and Jeremy Irons.

The essay that forms this book is the kind that few readers tackle anymore: It is discursive, multi-layered, redolent with subtext, and the language exquisite.

The pretext of the Fowles essay is a contrasting of the kinds of trees favored by the author’s father, and those of the author himself. The father cosseted, debranched, pruned, forced, crammed in, espaliered and otherwise controlled his fruit trees, and produced wonderful fruit.  The grown son favored an  “ . . . unkempt, unmanaged, and unmanageable garden.” And it follows naturally that the son contrasts his own life with that of the father.  “What he abhorred, I adored, “ writes the grown man.

That’s the nut of it, and one might stop here.

But that would be a mistake.

There’s the subtext, the kernel, of this astonishing work, and the reader swims in its salty translucence according to her (or his) awareness of life. I think we are like fish. How would a fish begin to describe the sea? You can begin to see the challenge.

Before we know it, halfway through this essay we are paddling in a vast sea ourselves of science, art, and the natural world. The ending of the essay is a virtuoso set piece about visiting a storied, ancient wood. Fowles makes the point, early on:

Telling people why, how and when they ought to feel this or that—whether it be with regard to the enjoyment of nature, of food, of sex, or anything else—may, undoubtedly sometimes does, have a useful function in dispelling various kinds of socially harmful ignorance. But what this instruction cannot give is this deepest benefit of any art, be it of making, or of knowing, or of experiencing: which is self expression and self discovery.

I realize I am guilty of this just by framing my own thoughts about this book.

But I can tell you I’ve spent good bits of time in the woods in the last seven years and thought I’d write a book about it. I took a huge sheet of paper and wrote the chapter headings. Notes and research piled up. I gave the book a title: First There Was a Mountain. The title, written on a three-by-five card, was pinned to the window wall above my desk, in a tiny cabin on a mountain surrounded by woods bounded by a musical creek.  Dust gathered on that card.  Meanwhile, I walked in those woods, drank in those woods, inhaled those woods.

Not everything can be expressed.  It’s a big mistake, Fowles tells us, to think it can. Amen.

The is the seventh in the series Mountain Stories. This essay was originally published earlier this month in Eden, the quarterly journal of the California Garden and Landscape History Society, www.cglhs.org.