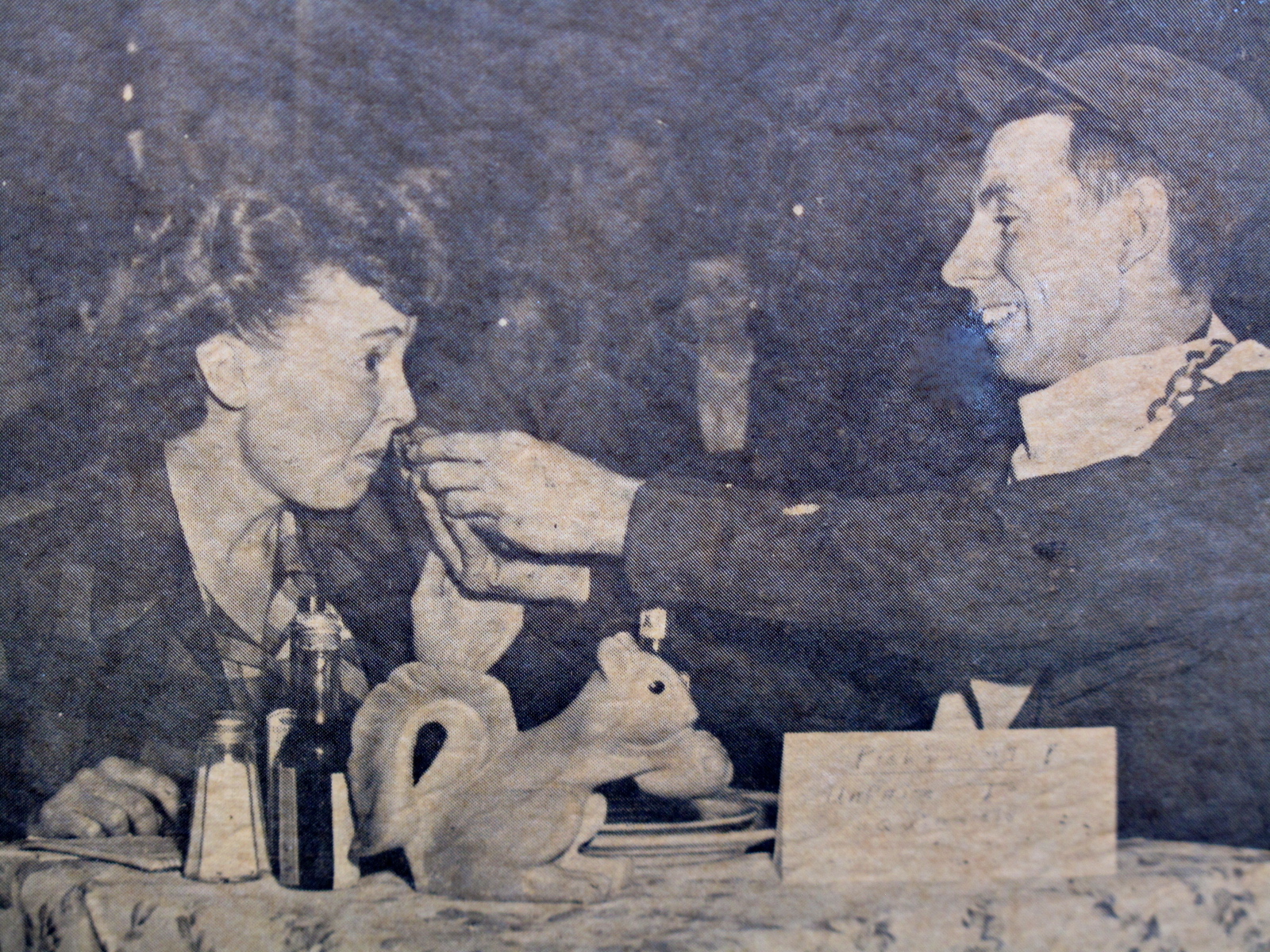 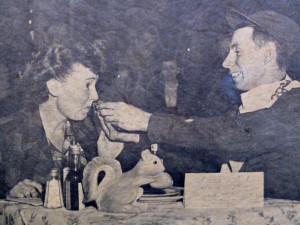 In 1947, Dior introduced the “New Look” in Paris; Al Capone died; the first Volkswagen Beetle arrived in the U.S.; and the Allies were still signing peace treaties with Italy, Hungary and Romania.  The Polaroid Land camera was introduced, and the U.S. Congress was televised for the first time. The Voice of America beamed into Eastern Europe, including the Soviet Union as the Truman Doctrine was proclaimed. Plenty of disasters too: Train wreck in Japan, Illinois coal mine explosion, industrial blast in Los Angeles, dance hall fire in Berlin. Poland fell to the Soviets. “Best Years of Our Lives” won an Oscar for Best Picture.

And this was all in the first ninety days of the year.

But up here in Idyllwild, Calif. in 1947, Ernie (Emax) Maxwell offers his wife, Betty (Emax) an acorn biscuit at a ceremony, which she accepts, as he wrote years later, “suspiciously.”

A few months earlier, these two had started an 11 by 16 weekly mimeographed sheet they called the Idyllwild Town Crier, which is still, almost 67 years later, the glue that holds together this little mountain town of three to four thousand intrepid souls. (It’s possible the Census Bureau counted, in 2010, a few squirrels too.)

Almost all the news — part of the time. The mimeographed sheet is long gone, but not the Sturm und Drang of small town life or the motto of this truly local still-weekly paper —  now owned by Tindle Newspaper Group of Farnham, Surrey, U.K. * Such is our modern life. But the masthead still carries the motto, and Ernie’s two illustrations: the sun coming up over these mountains, and an open-mouthed little character, the town crier himself.

To give you an idea of Idyllwild around the time of the founding of its newspaper, I turn to the Almanac for the following information:

Much more to be said about Ernie and Betty Maxwell later. But Ernie hand-lettered the Town Crier’s main headline even long after the Maxwells sold the paper, in 1972, to Luther and Marilyn Weare.

But for now, here is the front page of the current Town Crier (www.idyllwildtowncrier.com)

In 1988, when the old Scenic Trail was renamed the “Ernie Maxwell Scenic Trail,” Emax told a reporter at the  Los Angeles Times he was still writing about what Maxwell “wryly calls the ‘urban-wildlands interface issue. That’s the one that deals with more people moving to the hills.'” Maxwell also added, “We’ve made our own rules here for so long that compliance with those of inspectors’ comes hard. There was a time when it was every man for himself, but there were so few of us it didn’t matter.'”

This is the tenth in the series, Mountain Stories.