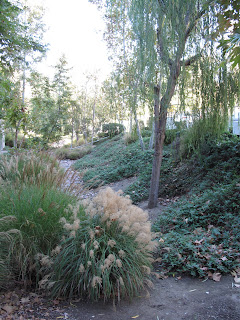 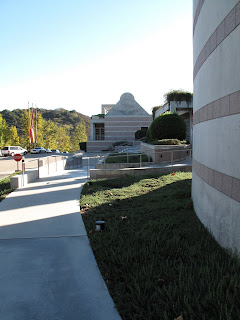 On Sunday, November 2, my husband and I visited the beautiful Skirball Cultural Center in Los Angeles. It was my first visit. It is an exquisite place, yet another jewel among many in this city’s vibrant cultural life. The mission of the Skirball is “dedicated to exploring the connections of four thousand years of Jewish heritage and the vitality of American democratic ideals.”

That the Center seeks to “inspire people of every ethnic and cultural identity” is not an empty promise. A most moving — and indeed mesmerizing — exhibit on offer now is “The Way We See It: L.A. Teens on Immigration” (until January 25). Sixty Los Angeles teenagers — movingly and beautifully photographed — tell their stories of coming to this country and forging a new life. (The show is part of a national project, Facing History and Ourselves, www.facinghistory.org)

As we were walking through the permanent exhibits of the history of the Jewish people, I came upon a dark case and peered in. I was stunned to discover the documents inside are one of only two copies of the infamous 1935 Nuremberg Laws, Hitler’s signature scrawled on them.

The first three Nuremberg Laws were the first “legal” step to the Holocaust. They were drafted by high-ranking members of the Nazi Party, signed, then ratified, unanimously, by the Reichstag the next day.

The first is called “Law for the Safeguard of German Blood of German Honor.” It has six sub-laws, essentially depriving Jewish German citizens of their civil rights. The first reads: “Marriages between Jews and citizens of German or German-related blood are forbidden. Marriages which have been performed in spite of this law, even if they have been performed in a foreign country, are void.” The second, “The Reich’s Citizen Law” declares, in part, that only a Reich’s citizen has full political rights — later defined as a person who has less than 1/32 Jewish “blood.” The third law adopts the swastika as the Reich’s flag. Later, the laws were expanded — homosexuals, the Romany people, and others were stripped of citizenship and eventually deported to their deaths along with those defined as “Jews.”

That we were face-to-face with these documents and others on a sunny autumn day in Los Angeles, 73 years after their enactment, was shocking, and sobering. Seven decades amounts to a few seconds in context of human history.

I wanted to read more on the Nuremberg Laws, so I searched online. On a site about the history of the Third Reich, I was sickened to find an ad urging the passage of Proposition 8, the overturning of the California Supreme Court’s decision upholding the civil right of same-sex couples to marry. I found the placement of this ad cynical, frightening, disturbing, as I also found the signed e-mail message sent to 75,000 Jewish people in Pennsylvania a couple of weeks ago. The message suggested that a vote for Barack Obama was the equivalent of the blindness of Jews in Europe — who failed to see the coming Holocaust.

As Barack Obama has said: We are a better nation than that.

Not attending to history through willful or any other kind of ignorance is folly. We are awash in history; we cling to our small patch of the present afloat in the sea of history.

Then came November 4, 2008. Barack Obama, an African-American man, was elected president of this country. Proposition 8, paradoxically, was passed by the California electorate, overturning the legality of same-sex marriage in the state.

It is only a matter of time that same-sex marriage will be accepted throughout the land — as a civil right in a country that is a republic, not a theocracy. The same country that countenanced slavery, forbade half the population from voting due to gender, enacted Jim Crow laws with impunity, and sent American citizens to concentration camps during World War II is now aglow with the audacity of hope.

Today in the New York Times, Orlando Patterson, a sociologist, writes about the election of Barack Obama not as a “radical transition” but as an “ever-evolving” process that began with the election of George Washington in 1789.

“To view the election of Barack Obama as notable only as an example of breaking through a racial barrier is to misunderstand the greater flow of our ever-more-inclusive democracy. America has, at last, delivered, in creating the most sublime example of democratic governance since its invention in Greece 25 centuries ago.”

We do, after all, try to make a more perfect union. Visit the Skirball Cultural Center to see reflections of our “ever-more-inclusive” democracy. There’s a lovely, fragrant native-plant garden too.

(Photos by the writer)