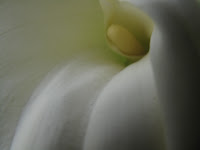 Amazing things can come your way if you allow yourself to wander, especially through footnotes. Real footnotes, in books. Which is how I was introduced to the celebrated German critic, Walter Benjamin, and his essay, “The Storyteller.”

I was in the Round Reading Room at the British Library in Bloomsbury, reading about fairy tales. I did this for almost two years. It wasn’t the 19th-century. It was 1994. I was reading a book of Angela Carter’s, and I followed her thinking through her footnotes.

It was before most of us were hooked by the Internet. There were cell phones, though, but not many people on e-mail. There was the fax machine. No one twittered.

“The Storyteller” is an elegy for the real storytelling — the oral tale. It is about many other things, but one passage has stayed with me all these years, what Benjamin wrote about boredom. He wrote it in the 1930s. That was the era of the telephone, the overseas cable, and the postage stamp.

Benjamin was very upset about the ravages of the first two decades if the 20th Century. He realized that after the World War (he was writing about the first, of course, the second was yet to come) and the destruction and horror of mechanized warfare, that the helplessness of the “tiny, fragile human body” against killing machines was on this Earth to stay.

I was reminded of Walter Benjamin when I read Sean Kernan’s blog post on the salutary effects of boredom on the human spirit (see www.seankernan.squarespace.com)
in response to a recent piece in the New York Times Book Review by Jennifer Schuessler.

Neuroscientists are praising the effects of boredom. I regret it is too late for Walter Benjamin, who would have wondered why it took them so long. (He took his own life, in 1940, fearing capture by the Nazis.)

But here is the poetry of it, from eight decades ago:

“Boredom is the dream bird that hatches the egg of experience. A rustling in the leaves drives him away. His nesting places — the activities that are intimately associated with boredom — are already extinct in the cities and declining in the country as well. With this the gift of listening is lost and the community of listeners disappears.”

(You can find this essay in Illuminations, a collection of his writing.)

Wrap this metaphor around any of the arts that come from the hand, eye, heart and mind of the fragile human being.