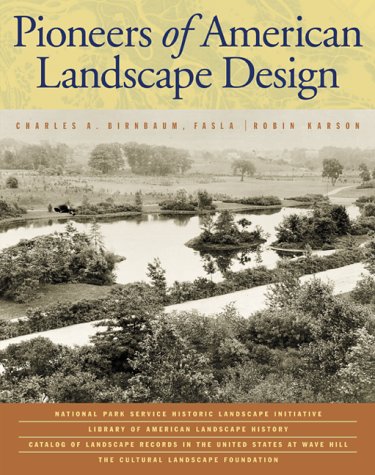 In Camden, Maine in years past, I often sat in an amphitheater behind the Camden Public Library. I would watch my child play there, or we would watch a theater performance for children together all the while sitting on the amphitheater’s gentle risers. It is a gracious, curving space, with an astonishing view across Atlantic Avenue to the pretty Camden Harbor. I knew, rather vaguely, that the amphitheater was built in the 1930s, and if I thought about the space at all, it was in the sense that it was lovely, and must have been a result of the design trends of its day.
When I finally understood that the amphitheater was the work of the renowned landscape architect Fletcher Steele (1885-1971), and was astonished to learn about its revolutionary bent-axis design, it was as if my consciousness had been raised to a degree I had never imagined. This site was well known to me, but only as a pleasant green generality: How could I have been so ignorant?
Buy this book thru Amzaon and support this site

Pioneers of Landscape Design, edited by Charles Birnbaum of the National Park Service Historic Landscape Initiative, and Fletcher Steele scholar Robin Karson, of the Library of American Landscape History, will serve as a consciousness-raiser for what I hope will be thousands upon thousands of American garden lovers, garden and park preservers, American history lovers — anyone who loves the land of this country and the efforts that have been made to create and preserve beautiful outdoor spaces.
The book is an encyclopedia, with entries by scholars, writers, landscape architects, and others, which chronicles the lives and careers of 160 key individuals whose legacies have made critical contributions to the American landscape. The joy of this book is that even the garden-and landscape-savvy may well learn something on almost every page. Such a statement risks hyperbole, but even previous knowledge of landscape history brought to the reading of this book will be illuminated by context and connection in time and/or spirit to other works or to other designers.
Especially noteworthy is the range of occupations among these landscape pioneers, far beyond the expected practitioners of landscape architecture. Architects, engineers, city planners, horticulturists, nursery owners, and even garden writers are present here, along with their contributions as to how we see or experience or think about the gardens and landscapes of this country.
This book, a decade in the making, is an invaluable record of the American landscape. As Catha Grace Rambusch, one its godmothers, director of the Catalog of Landscape Records in the United States at Wave Hill, said recently to The New York Times: “We see it as a bible, the keystone for further research and revelation.”
Yet the text can be read on another, important level. It is a chronicle of a collective American creative spirit as it relates to the landscape. As such, the book is also a chronicle of individual artists who struggled to live, and to make a living, expressing their artistic visions. The stories of the search for these opportunities and the odds against finding them are illuminating. Time and again, I was moved by the sheer will and genius of many of these pioneers. Many died young. Some, though, were given their due share of life to make their multi-layered and complex cultural contributions to the designed American landscape.
Benjamin Banneker (1731-1806) was a surveyor and astronomer chosen by Thomas Jefferson to work with Pierre Charles L’Enfant as he worked on the design for Washington, D.C. Banneker was an African-American whose grandmother, a white indentured servant, bought two African slaves, freed them, and married one. His mother, too, bought a slave and freed him. A marriage followed. Contributor E. Lynn Miller writes, “[His] grandmother taught him to read, to write, and to assess the landscape and its elements . . . His African grandfather passed on to him the knowledge and love of astronomy.” In conclusion, Miller writes, ” . . . Banneker was without a doubt one of the most original scientific intellects America has ever produced.” Who can resist this story?
The story of Alfred Caldwell (1903-1998), a “landscape architect, poet, civil engineer, architect, city planner, philosopher, teacher” should be read by anyone engaged in creative work. He was born in poverty, and his mother’s insistence on his reading and memorizing poetry and history resulted in his becoming a “thinker and dreamer early in life,” according to his chronicler, Dennis Domer. He never completed his landscape architecture degree at the University of Illinois, and he was fired from or abruptly left every job he ever held. But his quest for knowledge and freshness never ceased. As a young man, he left a secure job designing small buildings and landscapes because he had “only been trading dollars, and needed to learn something first.'” He then found his mentor, Prairie School landscape architect Jens Jensen. He called Jensen “the great symbol of my life.” Jensen called him “an artist — a poet”; the two men were friends and correspondents to the end of Jensen’s life. Caldwell was influenced by Frank Lloyd Wright; his subsequent work was championed by Mies van der Rohe, especially his Lily Pond in Chicago’s Lincoln Park. Caldwell quit his professorial job at the Illinois Institute of Technology in 1960 when Mies was fired as architect of the campus.
Caldwell’s creative life as a designer of landscapes never ceased. Later, ITT in Chicago took him back as the Ludwig Mies van der Rohe Professor of Architecture, where he taught until he died, at age 95.
Equally compelling, and far less known, are the stories of the women — landscape architects, designers, and horticulturists — who made their marks in gardens and landscapes across the country. Marjorie Sewell Cautley (1891-1954) was orphaned at 12 and earned a B.S. degree in landscape architecture at Cornell at 25. She worked for Warren Manning and Julia Morgan before starting her own practice after World War I. Her first park project was Roosevelt Common in Tenafly, N.J., which contained an arboretum of native plants. In 1924, her career took a “profound turn” as writer Nell Walker says, when she was hired by two wealthy philanthropists who supported the Garden City movement. Cautley served as landscape architect for several projects in New York City and New Jersey. Her contributions were to use native plants, and the orientation of houses and gardens to face an interior common area. She taught at Columbia and MIT, and consulted with the CCC in New Hampshire on state parks. In her 40s she was struck with a severe illness “that dominated the rest of her life.” She was often hospitalized for months. But she continued writing about gardens and landscapes, and managed to earn a graduate degree in city planning from the University of Pennsylvania. Her thesis detailed a renovation plan for inner-city Philadelphia. She died in 1954 at age 62.

Support this site by purchasing Pioneers of American Landscape Design at Amazon.com